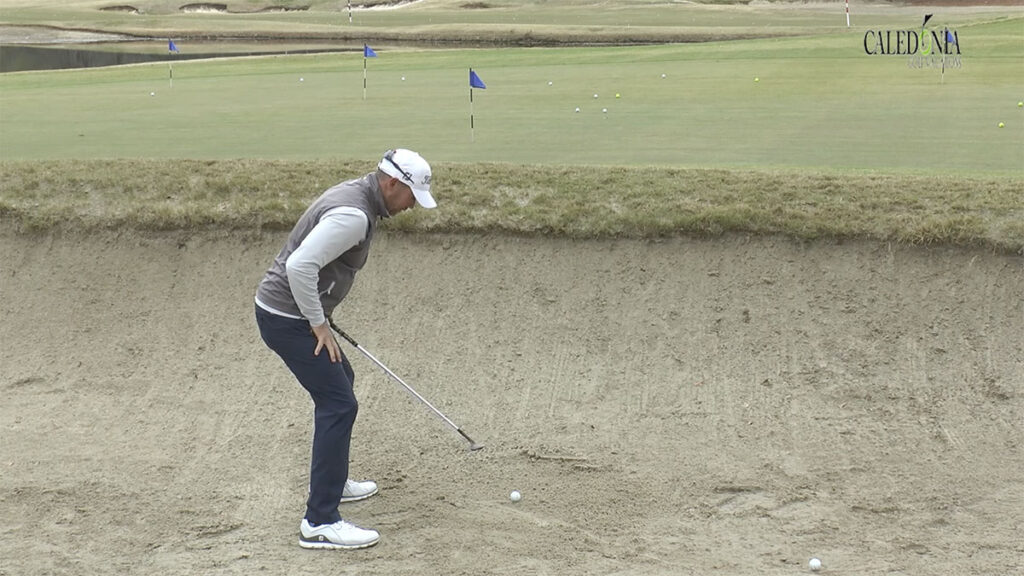 Video Tip: Get Out of the Bunker with Ease!

In this segment, Stuart Clark from the Steve Dresser Golf Academy at True Blue Golf Club in Pawleys Island, S.C. is here to show you how to get out of the greenside sand trap with ease!

How you doing, guys? My name is Stuart Clark. Today, I’m going to be giving you a sand lesson. A lot of my clients come in and they struggle out of the bunkers, and it’s not from a lack of trying. It’s a lack of setup. They’ve been told their whole life you’ve got to be super open and way across it, and I’m going to show you a different technique that will probably help you get out of the bunkers a little easier.

As you can tell, I’m kind of squared up right here, but instead of being super open, I’m going to be just a little open, not a lot, maybe even square. As you can tell, I’m going to be wide with a ton of knee flex, okay? With doing that, it’s getting me lower to the ground, center of gravity’s lower, and my handle, the club, is down more because what we want to do is we want this angle of attack. If you’re looking at this, we want it steep, not shallow. Now shallow’s great, fairways, chip shots, out of tight lies. Bunker, not so well.

So with that being said, I’m getting set up to where the wide stance, the handle down, it’s easier for me to get the club up. Also, with not being wide open and the club way across, I don’t have this way amount of side spin, this cut spin, and I’m not hanging back trying to get it on target. So wide stance, handle down, weight’s just a little forward. I’m going to get the club just up a little and then down, and it just kind of pops the ball straight up in the air.