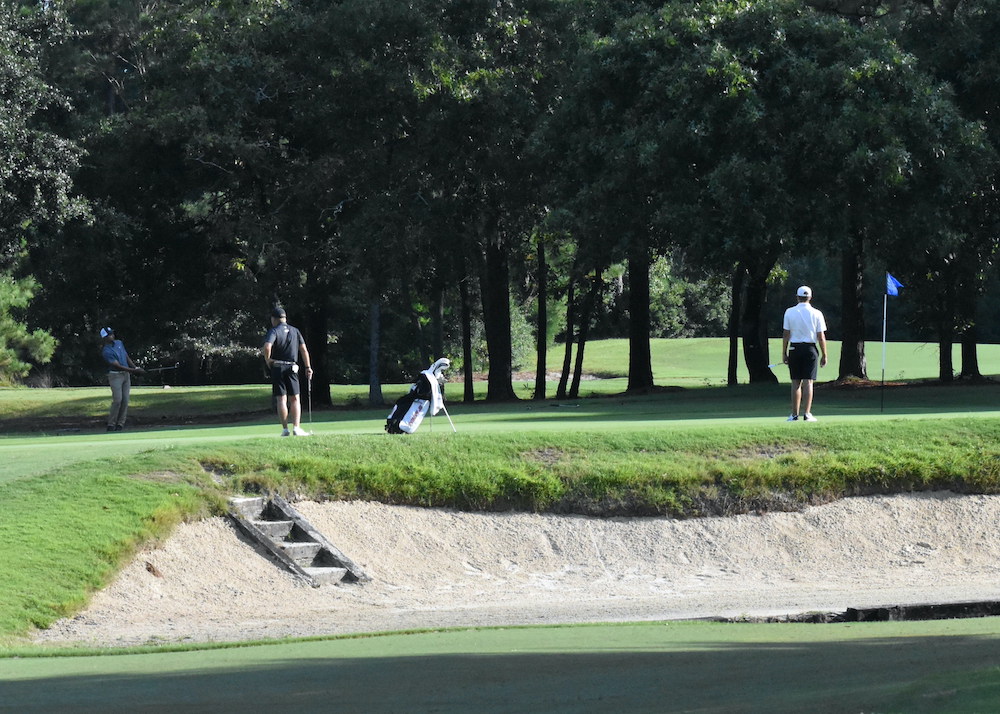 Jacksonville State held off a final-round push from Wright State to capture the men’s title at the 2022 Golfweek Fall Challenge at True Blue Golf Club.

Jacksonville State was led by Ryley Heath (-11 for the tournament), Ross Napier (-7) and Erik Jansson (-7) to keep a two-stroke advantage over Wright State, which was paced by Tyler Goecke’s 13-under performance that earned him second place on the individual leaderboard. Coastal Carolina’s Trey Crenshaw (-18), one of three Chanticleers competing as individuals, won the men’s individual competition with rounds of 65, 68 and 65 at True Blue.